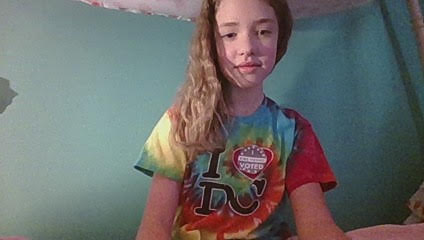 As part of the national 2020 Kids Voting USA, Ritenour School District students elected Joseph Biden as president of the United States in a landslide over opponent Donald Trump. On the home front, Ritenour students elected Nicole Galloway as Missouri governor with an overwhelming margin over incumbent Mike Parson.

The Nov. 3, 2020 General Election marked the 24th year that Ritenour students have participated in this civics program that gives them an opportunity to vote in a mock election. Nearly 2,400 Ritenour K-12 students cast online ballots in the 2020 Kids Voting election.

The results from Ritenour students are in, with the winners in bold:

Ritenour was the first school district in Missouri to participate in Kids Voting in 1996. Students from 27 states participated in this year’s election. Kids Voting is a national, non-partisan, nonprofit program designed to promote voter participation and to educate children about the voting process.

To view results for each Ritenour school, click here.