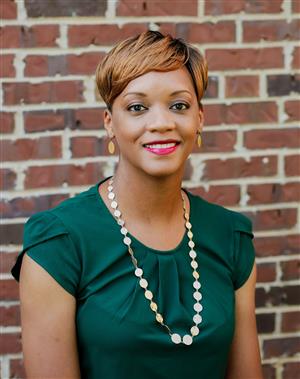 The Ritenour School District is pleased to announce that Dr. Jana Haywood, a veteran administrator in St. Louis Public Schools, will become the principal of Ritenour High School on July 1, 2021.

Dr. Haywood is currently the principal of Clyde C. Miller Career Academy High School in St. Louis. She has spent the last nine years of her 16-year career in education as an administrator. Prior to her leadership at Miller Career Academy that began in 2018, she was principal of Nance Elementary, assistant principal at Vashon High School and principal at Patrick Henry Downtown Academy. Early in her career, she was a math teacher and math/science lead teacher and athletic director at Northwest Academy of Law High School in St. Louis. She also had been a special education teacher at Sumner High School.

As the 2019-2020 Secondary Leader of the Year in SLPS, Haywood is known for her transformational leadership. Under her guidance, schools have met or exceeded goals by her focus on the value of diversity, equity and inclusion, said Ritenour Superintendent Dr. Chris Kilbride.

“Dr. Haywood has an extensive track record of transforming school culture where staff, students and families work together and support the goal that all students will be prepared for enrolling in college, becoming employed in a meaningful career or enlisting in the military upon graduation,” said Kilbride. “She is a servant leader who cultivates strong relationships both inside her building and with the surrounding community. The strong relationships she builds, coupled with her strong, strategic action plans, have resulted in sustained growth in academic achievement in schools that she has served.”

Dr. Haywood said she is excited about becoming a Husky.

"It is an honor to join Ritenour School District and its 154-year legacy of serving children,” said Haywood. “I bring an unmatched commitment to supporting our Husky learners. We will design the next chapter together and collectively manifest the vision. The possibilities are limitless."

While at SLU, Haywood (then Jana Tillman) was a standout basketball player. Her college accomplishments, on top of her local and state accolades in basketball, cross country, and track and field while at Lutheran North High School, as well as her leadership as an educator earned her a spot in the St. Louis Sports Hall of Fame in 2018. The organization also presented her with the Award of Excellence.  Dr. Haywood is married to Carl Haywood Jr.  They have three children: Carl James, Jaila and Jordyn.

Haywood takes the helm of RHS following Dr. Jeff Marker, who announced in December that he would be resigning at the end of the school year to pursue other opportunities.