Jamison Fillingame, a student at the Ritenour School for Early Childhood Education, was the guest of honor at a surprise community parade on Oct. 26, 2021 as part of KMOV-Channel 4's Surprise Squad at Norman Myers Park.

The event was organized in a very short period of time, said Dorris Finnegan, of Mattingly's.

Jamison's aunt, Vickey Rulo, was in on the secret and excited for the family to be showered with love.

"Jamison doesn't understand everything that is going on with his medical condition, but what he does know is joy and happiness," said Rulo. "No matter how difficult things get, he always has a smile on his face. He inspires me every day."

Amy Fillingame, Jamison's mother, said it was hard to keep the details about the parade a secret from her children. Fillingame told the kids that they were going out for a surprise lunch with their grandparents. Then she and her partner, David Phillips, picked up Jamison and his siblings and headed to Norman Myers Park. They arrived at a grandstand decorated with balloons and a mini fire truck, and then watched the parade pass in front of them with more than a dozen vehicles and bands.

At the end of the parade, Baking Memories 4 Kids founder Frank Squeo surprised Jamison and his family with an all-expense-paid trip to Disneyworld, SeaWorld, Legoland and Universal Studios in Florida. Community Fire will be the family's ride to the airport in June for their weeklong vacation. Scott Credit Union generously donated spending money for the trip, and Mattingly's Embroidery donated shirts for the event and for the family to wear on their trip.

Fillingame said the day exceeded her expectations. "I couldn't wait for this day to get here. To see everyone here for him, well, it just is amazing. I know he is going to remember this for a long time." 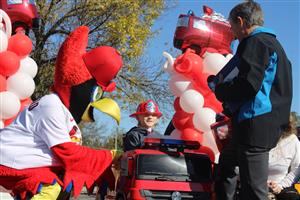 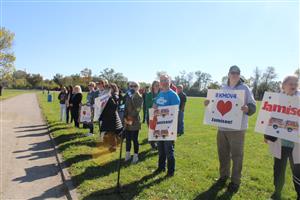 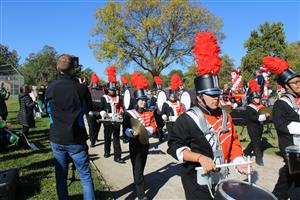 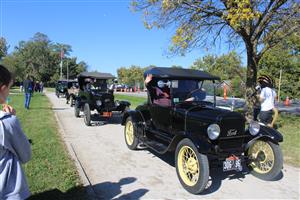 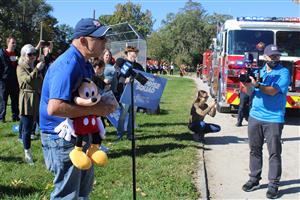