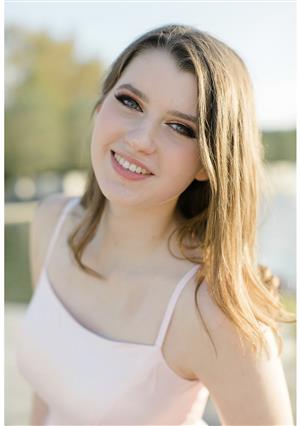 Congratulations to Ritenour High School senior Anna Wilson, who has earned the Missouri Seal of Biliteracy in German. To earn this honor, Wilson had to show proficiency on standardized exams that shows she is fluent in writing, listening, speaking and reading German.

Wilson’s interest in learning German began as a freshman when she traveled to Germany with the RHS Jazz band and became friends with some of the students there.

“My German foster family only knew how to speak German and encouraged me to stop using English, which helped me advance my language skills a little,” said Wilson. “My mother and I started to pen-pal our foster German family, which encouraged me further to learn the language.”

Wilson plans to use her German biliteracy skills after graduation as a student at University of Missouri St. Louis. She plans to participate in the university’s study abroad program that focuses on a historical tour of Germany and a language exchange through the university’s Honors College.