Ritenour students and staff celebrated Veterans Day on Nov. 11 in a variety of ways to honor military heroes, both staff who are military veterans and students' family members.

Some schools hosted special breakfasts and lunches, while others held patriotic assemblies, and decorated their campus, classrooms doors and hallways to honor those who sacrificed and served our country with honor.

Superintendent Dr. Chris Kilbride said he was impressed by the level of patriotism in the schools on Veterans Day.

“I am so proud of how our students and staff honored the legacy of our military veterans,” Dr. Kilbride said. “It was wonderful to witness how our schools both remembered and celebrated the heroes among them.”

Ritenour School for Early Childhood Education
RSECE staff members who were veterans and family members of students and staff who served in the military received special certificates honoring them for their service. 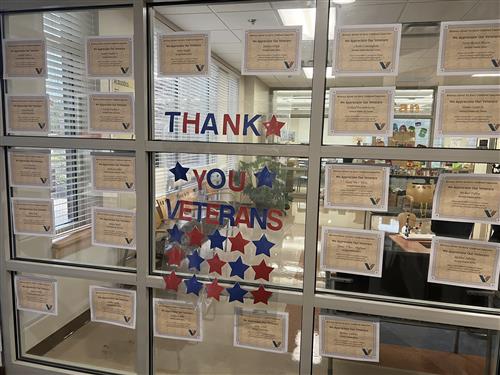 Buder Elementary
Buder students enjoyed a Veterans Day assembly that honored family members who have served in the military. U.S. Army veteran Britany Swanson, the school’s refocus teacher, and her mother, Jennifer Swanson, a substitute music teacher, organized the program and invited representatives from Dogs That Help, a nonprofit that provides support dogs to veterans and others who experience post-traumatic stress disorder (PTSD). Buder students and staff are raising money throughout November to donate to this organization. 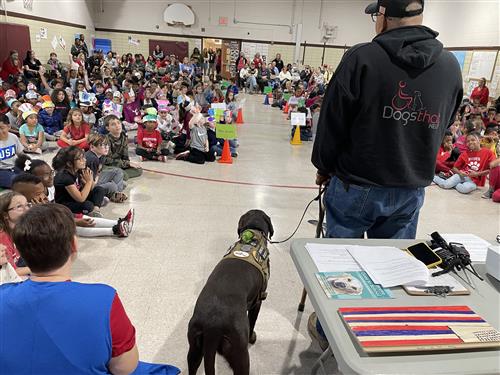 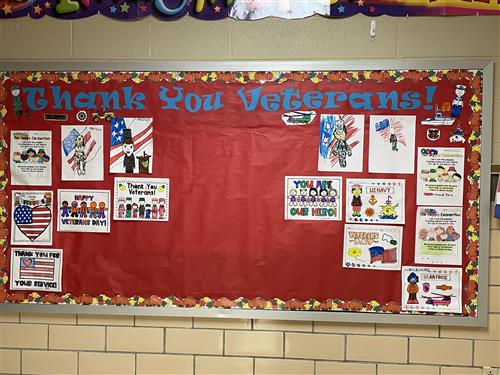 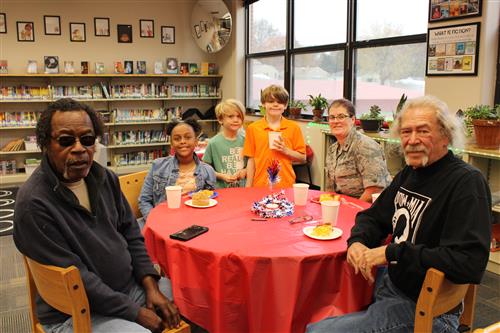 Marvin Elementary
Marvin Second-graders led patriotic songs during two student assemblies. Chief Master Sgt. Thomas Safer from the U.S. Air Force also spoke to students during the assemblies about how he and others have served our nation through the military. 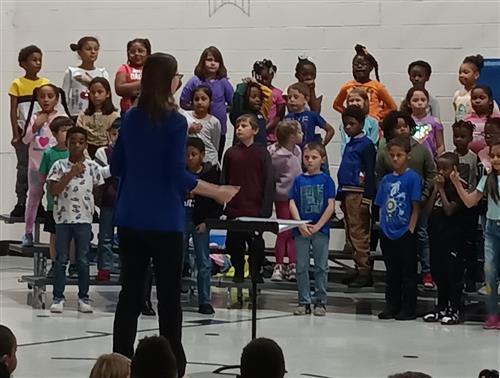 Wyland Elementary
As part of a Veterans Day celebration, Wyland students wrote letters to veterans and learned about the different branches of the military. Fifth-graders also had a Zoom lesson with a student’s gradparent who had served in the military and now is a mentor to many active military personnel. Fifth-graders also will be collecting items during December for the USO at Lambert International Airport.


Hoech Middle School
Hoech honored veterans with a display of American flags that lined their campus. 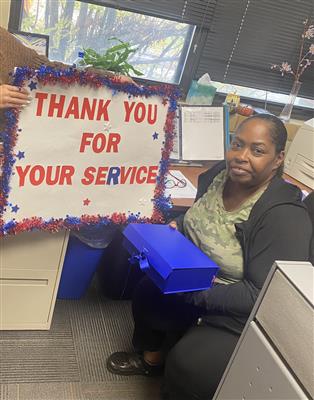 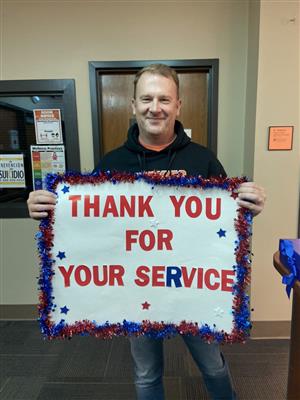 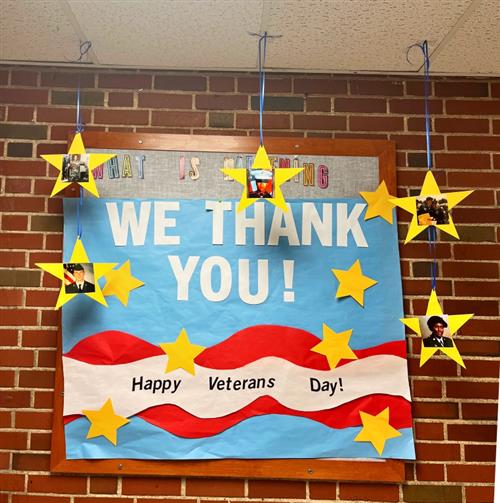