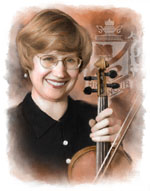 Violinist Nancy Bracken, class of 1969, is a much respected and admired member of the world famous Boston Symphony Orchestra.  She has reached the upper echelon in her field and is truly one of Ritenour’s shining stars.

A talented musician whose success as a violinist has taken her from the halls of Ritenour High School to some of the world’s premiere concert halls, Bracken offers a testament to the power of goal oriented perseverance.

As a student at Ritenour High School, Bracken was active in the music department.  Early on, teachers noticed her unusual musical talent when she was concertmaster of the Ritenour orchestra.   Just 10 years after her graduation, she would be invited to join one of the most prestigious orchestras in the world.   During her career, Bracken has traveled the world, touring with the orchestra to Europe, Japan, Hong Kong and South America.

Prior to joining the Boston Symphony, she studied at the Curtis Institute of Music in Philadelphia and received a master’s degree from the Eastman School of Music in Rochester, N.Y.   She was concertmaster and a soloist with the Colorado Philharmonic for two summers and played first violin in the Aspen and Grand Teton Music Festivals.  She was a member of the Cleveland Orchestra for two years.

Bracken has received many national awards and has won competitions sponsored by the  St. Louis Symphony Orchestra, the Artist Presentation Society of St. Louis, the Music Teachers National Association and the National Society of Arts and Letters.  She has appeared as soloist with the St. Louis Symphony and the Boston Pops Orchestra.  Bracken performs in the Boston area as a recitalist and chamber musician, plays in community outreach concerts and fund raising concerts for breast cancer research, and is a founding member of the Ashmont Hill Chamber Music concert series.

Bracken is an avid reader, thanks to some wonderful Ritenour English teachers and her mother, former Ritenour librarian Margaret Bracken.  She also loves hiking and has trekked to Mt. Everest Base Camp in Nepal.  Her daughter Laura was married this month at Tanglewood, summer home of the Boston Symphony, in western Massachusetts.  Son Joey was Man of Honor. 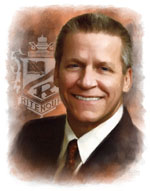 Dr. Edward Kunst has a passion for the field of medicine and is at the forefront of his profession.  Known as one of St. Louis’ most knowledgeable, respected, diligent and effective physicians, Dr. Kunst personifies what it means to be a leader in medicine through his successful professional practice, sharing his knowledge with colleagues and his participation in clinical research programs.

Dr. Kunst’s distinguished career began as a student at Ritenour High School, where he was a shining star both academically and athletically, playing football and baseball for the Huskies.

In 1983, Dr. Kunst established a successful internal medicine practice in the St. Louis area.  Today, he provides care for thousands of patients.   He is a physician who cares deeply about his patients and strives to seek ways to improve health care and the health care delivery system.

He and several other doctors formed Mercy Medical Group in 1994, which has grown into the largest primary care medical group in the Midwest.  Dr. Kunst has provided significant leadership and energy to the formation and growth of this premier group, which provides care to more than 375,000 patients, having served on the board of directors an unprecedented three terms.

In addition to his large private practice, he contributes through clinical research programs to increase medical knowledge.  He is on the cutting edge of new treatments and improved medical techniques, while never compromising his patients’ trust in him.  He is also a mentor to medical students and residents.

Dr. Kunst enjoys spending most of his leisure time with his family. 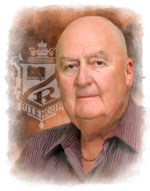 An award-winning businessman, person of high integrity and role model to others, the business success of John H. “Jack” Tipton Jr. is inspiring and exceptional.

During his illustrious career, Tipton has been a salesman, supervisor, and vice president and general manager for some of St. Louis’ most highly regarded companies.  He has also owned five businesses, and has been hired by Fortune 500 companies as a motivational speaker because of his ability to inspire people to exceed their potential.

An outstanding student and athlete at Ritenour High School, Tipton was a member of the student council, and was a standout in football, basketball and baseball.  These experiences helped him become a leader in Ritenour and lay the groundwork for his many future successes.

Tipton was a football coach for three years in Brookfield, Mo. before joining 3M Thermo-Fax Sales in St. Louis in 1966.  In his first year, he was the No. 1 salesman in the United States.

A year later he was promoted to sales supervisor and later accepted a position as Marketing Vice President for the American Institute of Marketing Systems.  In 1970, he was named General Sales Manager of Da-Com Corporation and rose through the company at a remarkable pace, later becoming Executive Vice President and General Manager.

Today, Tipton is semi-retired; he sold four of his five companies and now specializes as a consultant for numerous businesses.

For schools and various communities, he has helped many organizations by giving his time, knowledge, wisdom and resources.  Active in community projects, Tipton established a little league baseball program in Cedar Hill, Mo.  He also served 13 years as a school board member (including 10 years as board president) for Grandview R-2 School District in Hillsboro, Mo. and has been responsible for many fundraising activities for schools and the community.

Tipton resides on his farm in Dittmer, Mo.  He has three children, Lorie, John and Bill, along with eight grandchildren. 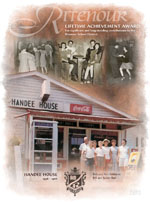 For 30 years, the Handee House was an integral part of the Ritenour experience for thousands of students.  It is a unique and beloved segment of Ritenour’s illustrious history.

The Robinson and Hurt families served not only as owners, but as friends and surrogate parents for Ritenour students.  Parents knew their children were safe and supervised while they were at the Handee House.   The families had a lasting influence on the lives of generations of students.

The Handee House began as a confectionary converted from a garage.  It reportedly received its name when a customer remarked that the store would be “handy” for him because it was in the area.  However, when a local dairy company offered to paint the name and logo on the front window, the painter misspelled the word “handy.”

Opened across the street from the original Ritenour High School (now Ritenour Middle School) by Bill and Ann Robinson in 1938, a unique and symbiotic relationship was formed between the Handee House and Ritenour students.

A short time after its opening, school Principal O.W. Costilow asked the Robinson’s to serve lunch to students because the school cafeteria was too small to accommodate the booming student population.  The Robinson’s agreed to help and on the first day of classes the business was so good that the school cafeteria was nearly empty.  The Handee House served thousands hamburgers, hot dogs, hot fish sandwiches and French fries with mustard to students for the next 30 years.

In 1947, the Robinson’s sold the Handee House to Bill and Jackie Hurt, who operated it until their retirement 1968.

To the uninitiated, the Handee House offered school supplies, food, candy, a juke box and a place to gather before and after school.  In reality, the House was the fun place where Ritenour students learned to dance and even find their first boyfriend or girlfriend, all under the watchful eyes of the Robinson’s and Hurt’s.  The Handee House offered a before and after school safe haven to thousands of Ritenour students.  An estimated 15,000 students spent time there during its existence and the House still holds a special place in the hearts of many Ritenour alumni.

Bob and Ann Robinson and Bill Hurt are deceased.  They are survived by Jackie Hurt, who resides in Overland.