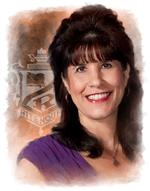 Suzanne Cunningham, Strategic Planning Manager with NASA, does not consider herself a typical aerospace engineer.  Her list of impressive accomplishments and job titles only tells part of her story; her outgoing nature and passion for music, performance and volunteering tell the rest.

Cunningham currently works in the Kennedy Space Center Integration Office.  Among other duties, she assists in development of center-wide strategic policies and initiatives, and she also serves as the strategic planning liaison to the Air Force 45th Space Wing.   Prior to her current position, she served as a NASA Senior Technical Expert and Senior Spaceport Manager.

To top off her accomplished career, Cunningham has earned a number of prestigious awards including NASA’s Government Invention of the Year Award, Exceptional Service Medal, the Center Director’s Gold Dollar Award, a Certificate of Commendation, NASA’s You Make a Difference Award, the Air Force Operational Readiness Inspection Award, among numerous group achievement and performance awards.  She is also an active member of various Women’s and Hispanic Groups, a member of the National Space Club and Women in Aerospace.

A 1981 Ritenour graduate, Cunningham has especially fond memories of her time in high school and her participation in the musicals “Anything Goes,” “Fiddler on the Roof” and “Guys and Dolls.”  Her love for music and theater has since played a fulfilling role in her life.  She frequently finds ways to mix her passion for performance and public speaking with her work duties by engaging in activities such as singing the National Anthem for shuttle launches and sporting events, mentoring students and sharing the NASA story with the public.

Cunningham resides in Cape Canaveral with her husband Phil. 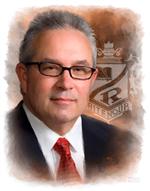 Mike Schneider, class of 1969 graduate and Mayor of Overland, is a well-respected member of the community who has worked to ensure the continuing success of the Ritenour School District and surrounding area.

After graduating from Ritenour, Schneider was drafted into the United States Marine Corps.  He served his country with honor for two years – earning the National Defense Service Medal, Vietnam Service Medal with Star and Vietnam Campaign Medal.   His interest and knack for leadership ultimately led him to run for Mayor of Overland, a position he has held since 2007.  He was re-elected Mayor in 2010 – earning an impressive 81 percent of the vote.  He also currently works as a Dealer Developer for CK Power.

As Mayor of Overland, one of Schneider’s major accomplishments has been to beautify the city.  Through his leadership and collaboration the city has built tennis courts, demolished derelict houses and formed the Overland Beautification Commission and the Parks, Recreation Commission and the Overland Preservation Committee.  He even brought the first Christmas tree to downtown Overland in over 50 years.  He is an active member of many local organizations – including the St. Louis County Municipal League, St. Louis County Economic Collaborative, Metro Mayors, Overland Business Association and Overland Lion’s Club.

Always prepared, Mayor Schneider has been actively involved in the Boy Scouts of America for many years.  His devotion to the scouts has not gone unrecognized, as he has received numerous awards.  His hobbies also include scuba diving.   Through his roles as troop leader and scuba instructor, Schneider has had the opportunity to share his knowledge and excitement with youth and adults alike.

Despite all of his success, Schneider is praised for his humble approach to life.  His roots are in Ritenour, and he never misses a chance to participate in major Ritenour School District events.  His enthusiasm, work ethic and integrity stand out to those who know him best.

Mike and his wife, Jeri, live in the house where Jeri grew up in Overland.  They have two sons – Robert and Zachary and three grandchildren - Brennan, Avery and Brody.

Mike Stewart has been a creative force in Anheuser-Busch for the last 26 years and an asset to the Ritenour community ever since his high school career.  Ritenour High School teachers knew him as the kind of student they could depend on to contribute to student government, activities and sports.  He was always willing to lend a hand, and his unselfish spirit has led him to volunteer countless hours over the years to many different organizations.

Stewart graduated from Ritenour High School in 1978.  As a student, he was active with KRHS Radio, a member of the National Honor Society and a standout on the baseball diamond as an all-conference catcher for the Huskies.  Stewart went on to earn his degree from Southern Illinois University – Edwardsville (SIUE) in Mass Communications.  He was also the Cougars’ starting catcher for three years, attending SIUE on a partial baseball scholarship.

Currently, Stewart serves as Manager of Advertising Production and Creative Development for Anheuser-Busch.   He manages the television and radio advertising production, among other duties.  His long career also includes positions with Busch Creative Services and Bud Sports—where he served as Executive/Coordinating Producer for the Emmy award winning St. Louis Cardinals telecasts.  Prior to his work at A-B, Stewart worked for a number of St. Louis radio and television stations, as well as national stations including ESPN and CNN.

Despite his busy full-time professional career, Stewart has always found time for the organizations he is passionate about.  After 14 years of volunteering and five years as a board member for the American Legion Boys State of Missouri, Stewart served as the Vice President/Director for 12 years.  His passion for volunteering has also led him to serve as the current Vice President for the Ritenour Pride and Promise Foundation.  He strongly supports the mission of the USO and serves as an advisory member of the Board of Directors for the USO of Missouri, Inc.

Stewart resides with his wife, Laurie, in St. Charles, Mo.  The couple has three children – Benjamin, Allyson and Daniel.

Multi-talented teacher, journalist, baseball enthusiast and family man are all fitting titles for Clay Zigler.  A national award winning journalism teacher in the Rockwood School District, Zigler has helped many students achieve successful careers through his dedication, inspiration and passion for teaching.

His love for journalism was cultivated by his education in Ritenour, where he was inspired by teachers who honed his talent and passion for writing.  He was a member of the Pepperbox newspaper staff for two years and broadcast on KRHS radio.  Zigler graduated in 1979 and married his high school sweetheart Bonnie seven years later.  During that time he was a producer, copywriter and engineer at local radio stations and a news reporter for the Suburban Journals.  He completed an undergraduate degree in Mass Communication from Lindenwood University in 1990 and earned a degree in English Literature from Fontbonne University in 1991.   He went on to earn a graduate degree in Media Communications from Webster University.

Zigler landed at Rockwood Summit High School in 1995 after teaching in Kirkwood and Wright City, Mo.  There, he developed the journalism program and a science fiction curriculum.  His passion for teaching is evident in the success of his students who have won numerous national awards for publications, yearbooks, editorial cartooning and photography. In 2001 Zigler earned the Gold Key Award from Columbia University in New York for his work in scholastic journalism.

In 2006, Zigler realized his dream— starting a student-run radio station at Rockwood Summit.  Then in 2010 he was chosen to be Rockwood Summit’s Teacher of the Year and was a semi-finalist for National High School Journalism Teacher of the Year.  It is a testament to his teaching and character that his students love to come back and visit him and recant their successes since high school.

Beyond the classroom – Zigler has also served on the St. Charles Chapter of the American Diabetes Association, and is the baseball coach for his son’s little league team.

Zigler resides in New Melle, Mo., where he spends much of his time with family and friends enjoying their life-size baseball diamond built for entertaining in his backyard.  Old friends and new have been gathering there for 20 years, including many former Ritenour alumni, some of whom have graduated as far back to the class of 1966.   He and Bonnie have five children – Eric, Jacquelyn, Brian, Michelle and Daniel.