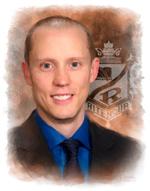 Ever since he was a child, Kevin McCauley has had a tireless passion for scientific discovery.  Whether he was 6 years old experimenting with a jar of pond water in the refrigerator or an adult developing several of his own patents, McCauley has always been driven to push the envelope and answer the “what if” questions.

After graduating from Ritenour High School in 1994, McCauley received his Bachelor of Science in Chemistry from Southeast Missouri State followed by his Ph.D. in Organic Chemistry from the University of Illinois in 2003.  He completed his training as a post-doctoral fellow at the Massachusetts Institute of Technology.  Currently, McCauley works for Bridgestone as an  industrial chemist.  His responsibilities include organizing research projects, advising attorneys  on the scientific content of patents, recruiting and training new chemists, and developing protocols to improve health and safety for all employees. He has filed multiple  patents and has authored articles for several chemistry journals.

Throughout his success, McCauley has remained humble and committed to giving back to the community.  He is Bridgestone’s first scientist to be accepted into  Torchbearers, a young professional  group focused on leadership and community service  in Akron, Ohio.  His community involvement includes being active in the Akron Council of Engineering and Scientific Societies, Akron Section of the American Chemical Society, the Greater Akron  Chamber’s Young Professional Network, and the Young Professionals of Akron, among others.  In everything he does, he demonstrates genuine concern for his peers and has a rare ability to make everyone he comes in contact with feel valued and appreciated.

McCauley has had a heart for animals since his high school days when he worked at the Rock Road Animal Hospital.  He continues his commitment to animal welfare by serving on the Board of Directors of PAWSibilities, Humane Society of Greater Akron and recently adopted two rescue greyhound dogs, P.K. and Andy.

McCauley won numerous awards throughout his career, including the prestigious Ruth L. Kirschstein National Research Service Award from the National Institutes of Health in 2004 and the President’s Award from Bridgestone in 2006, 2007, 2008, and 2012.  He is a goal-oriented achiever, and his distinctive accomplishments have earned him his place in the Ritenour Hall of Fame. 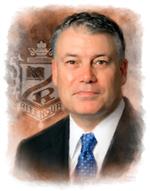 George Anthony “Tony” Taylor, General Counsel /Chief Legal & Corporate Affairs Officer for SeaWorld Entertainment, is described by many as ethical, conscientious, astute and humble.  His hard work and easy demeanor have helped him rise through the ranks in various jobs leading up to his current position in the highest tier of management in SeaWorld Entertainment, a publicly traded company on the New York Stock Exchange.  SeaWorld operates 11 theme parks in the United States, cares for the world’s largest zoological collection, has rescued over 22,000 ill, injured, abandoned or orphaned animals, and employs over 23,000 employees.

Taylor graduated from Ritenour High School in 1983.  He completed his bachelor’s degree at the University of Missouri, St. Louis in 1987, and he received his Juris Doctorate from Washington University in 1990.  Over the next several years, he rose to the level of partner with the law firm of Blumenfeld, Kaplan and Sandweiss (now Stinson Morrison).  He left to join the General Counsel’s Office at Anheuser-Busch Companies, where he helped close some of the biggest sports marketing deals for the company.  He also worked on the Anheuser-Busch merger with InBev and was the lead counsel in the sale of Busch Entertainment Corporation (which included the SeaWorld and Busch Gardens parks) to the Blackstone Group.  Thereafter, he sought sunnier skies in Orlando Florida, where he now resides with his wife, Joy, and their three beautiful children.

Through his selfless dedication to several community projects, Tony Taylor has had a direct impact on Ritenour High School and its students.  Taylor has always been mindful of the needs of others, especially those in his hometown.  His passion for helping others led him to co-found The Anthony Armstrong 88 Foundation, a St. Louis charity named in memory of his friend and fellow 1983 Ritenour graduate,  that has awarded dozens of scholarships to students, offering them the priceless opportunity to participate in learning at higher levels.

One colleague described Taylor as “one of those people you run across every so often, if you’re lucky, that adds value to every dimension of your life.”  For a man who has dedicated his life to bettering himself and others, there is no higher praise. 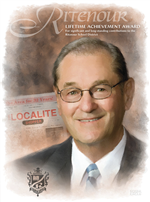 Bill Wessler is a Ritenour Husky through and through.  After graduating from Ritenour High School in 1958, Wessler chose to remain in his home town and has since dedicated his life to helping the Ritenour community any way he can.

In high school, Wessler was a star athlete and helped lead Ritenour to win the baseball state championship his junior year.  He was selected by his teammates as captain of the baseball team his senior season.  He married his high school sweetheart, Jackie, and after four years as a printing apprentice in Typography at O’Fallon Technical School, Wessler became a printer with Community News of Overland, where he remained from 1958 to 1981.  Soon after, he started his own civic minded “home town” newspaper, the Localite Shopper.

Bill Wessler has always supported the students, faculty and families in the Ritenour community.  He allows the district and community to use his newspaper to spread the word about important events, awards and accomplishments.  At no cost, he will include articles about canned food drives for Ritenour families, Overland Rotary fundraisers and awards for deserving citizens and city employees.  His loyalty, generosity and sense of humor have endeared him to the entire community.

Few can say they have maintained more lasting high school friendships than Bill Wessler.  As a lifelong supporter of the Ritenour School District, he often acts as a Ritenour historian and is happy to share fond memories of his years in the district as he has witnessed his hometown grow and change.

Inducted into the Union Printers Baseball Hall of Fame in 1988 and the St. Louis Amateur Baseball Hall of Fame in 1990, Wessler is no stranger to awards ceremonies in his honor.  He has earned recognition for his community service efforts on multiple occasions, and has always been an asset to the Ritenour community.  Ritenour is proud to honor Mr. Wessler as the third recipient of the Lifetime Achievement Award.